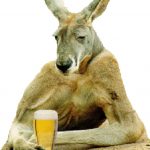 As some of you know, Monday September 21st will mark the 20 year anniversary of Skotos releasing its first chat theatre, Castle Marrach. Skotos will always hold a special place in our hearts as it was the common thread that brought us all together over the years, and it is the reason why our community exists today. I want to give a special thanks to Chris Allen and Shannon Appelcline for generously allowing us to continue our story even after Skotos was disbanded. I want to thank Erwin, Orcsuit, Kalle, Raymond Jennings, and all other Skotos devs who laid the groundwork for our game and many others. And I especially want to thank the former Ironclaw Online team for the contributions to the original game, and a huge thank you to Azrael for his blessing when we decided to part ways with the Ironclaw brand.

To commemorate this milestone, we will be giving away 20 storypoints to any account that logs in during the time frame of Monday September 21 (12am ET) through Sunday September 27 (11:59pm ET).

I have met so many wonderful people because of Skotos and I am so glad for all the cherished memories and opportunities. Thank you all so much for your continued support.

Its been an age and a half since the start of my interesting journeys and stories through all of SKOTOS as a whole but I have to say hands down my favorite moment occurred more than 10 years ago on Castle Marrach. At this time I had played a character name Bruno and his story will forever haunt me.

Between Shadust, Xavious (whatever his name was) and the spiders/shadows my character never gained a moments rest. However at one point someone insulted him rather tastelessly in the middle of the courtyard and questioned his honor and assumed his involvement with Shadust. Bruno was still fairly new to the Castle and his combat abilities were less than phenomenal however...that doesn't stop RP. His honor challenged, he turned to his accuser and admist a busy courtyard claimed he would not let his honor be tarnished and challenged the aggressor to a duel. Everyone stopped and stared blankly. The accuser was a long time Battler and undoubtably would've trashed Bruno. Many voiced their complaints saying it could just be left alone but Bruno did not stand down. Eventually the accuser accepted and within minutes both were armed in the middle the of courtyard.

Eyes endlessly peer into the center of what now seemed a pit of unending tension. Both Bruno and his accuser stood face to face awaiting for someone to strike first. In a moment, the accuser struck and with instant rebuke Bruno managed to deflect and slash his accuser seamlessly across the chest. The entirety of the courtyard was even more stunned than before. With an annoyed grunt Bruno thrusted his blade into the snow and walked off with his honor in tact.

Honestly as many situations as I get myself in, nothing made my blood boil and pump as intensely as that situation. By no means should my character have walked out of that. Let alone flawlessly shamed the experienced battler yet by the will of the dice, the RP was absolutely made amazing

Say, when do the people who logged in during the aforementioned time get their 20 stps? The time slot ended two weeks ago, and I was one of those who logged in, so I was just wondering. =)

Super delayed, but we all know how flighty my mind can be.

But in relation to this game in particular - my first really vibrant memory was with Lothario.  I remember the bits of scene so vibrantly and all the things that stemmed after.  It was that packed hospital scene and everyone was going over each other and I was so nervous to be playing with new people.  I made a little comment and Lottie acknowledge me and Sephy encouraged me and it made me feel welcome and warm.  Especially when Lottie kept responding to the people in the room.  We got to hear the start of his story and over the next week he continued to pull me in.  I SOBBED, like legit sobbed over this little fictional character.  Not only because he had such depth but because of all the things he led me too.  A bond with Sephy over tears and cake, long and deep talks with Samir over plots and religion, tension with Matteo and Serafino.  Late night chats with Arafel and Faust.  Little moments with Margrat.  Hiding in the jail like little hooligans making up word games with random groups of people.  The drama with Emm, Eme, Kilana and Jean.  Seeing the person behind the Highness. Getting me hooked on all of you.  It was my first taste of plot here and I couldn't be more grateful to see how it all branched and grew.

As promised, so delivered! Thank you to everyone who has been a part of our community! We look forward to many more years of storytelling together!!

Castle Marrach was a game that I enjoyed playing, until it turned toxicly against me when I tried helping a player who wasn't too bright--and that everyone apparently hated.

[Redacted by Staff - This is probably a message better handled privately.]