Margrat_Maclean
(@margrat_maclean)
Trusted Member
Joined: 6 months ago
Posts: 69
25/04/2020 8:40 pm
~Speaking of Pee~
You examine your black sandstone mortar.
> Waylon nods surely to you, "no makin' poison's wi' tha."
> You chuckle at Waylon, "O' course nae! Only if I wanted tae gae huntin' game wi' poisoned arrows wud I dae tha'."
> Diego wrinkles his angular nose at you, "That would get into the meat."
> Diego winks at you, "But I will show you the strong plants."
> You shake your head at Diego, "Nae if ye roast it slow o'er a fire, til th' poison gits oot."
> Diego tells you, "Just pee on it."
> You laugh.
> Thalia worries about the Piazza Vecchia fountain dangerously, "I'm not sure I trust any of you to feed me meat ever now."ve.
> Thalia means Diego and you mostly.
> You laugh at Thalia's words.
> Diego smiles at Thalia, "I hunt without poisons."
> Thalia hopes to Diego impishly, "And without pee?"
> Diego adds, "I love wild game to much to taint it."
> Diego nods to Thalia, "Minus the pee."
>
> Thalia shifts her round pale blue eyes lots, "I don't care at what point you pee on it, if you do pee on it I am most assuredly not eating it."
> Waylon chuckles, "I don' know anythin' abou' hun'in'. So I jus' ge' mea' from th' buthcher."
> Diego tells Waylon, "When hunting starts I will make sure to get you some fresh game, it's the best."
Thalia suggests to Waylon differently, "Already cooked."
> You sigh, "Ye all ken tha' I nivver waste gud food, let alane piss on it."
> Waylon nods to Thalia, "That too."
> Thalia giggles at you, "I really really really hope not."
> Thalia stresses her words, "Really."
> You laugh
> Thalia reminds the Piazza Vecchia fountain generally, "Miss Lacey will be hosting a courtesy discussion in under a hour or so."
(Sounds like we need a courtesy discussion! XD)
ReplyQuote

A dainty fine-featured toddler runs away.

Margrat_Maclean
(@margrat_maclean)
Trusted Member
Joined: 6 months ago
Posts: 69
27/05/2020 3:08 am
exa bucket
A watertight wooden bucket filled to the brim with... well, water. Floating and bobbing in the bucket are several ripe, red apples. The general idea of the bucket game is to bob for an apple without using any of your limbs. Warning: some of these apples look a tad odd and may not be what they appear. [OOC: play applebucket] An average delicate woman is standing near a wooden bucket of apples.
> The assistant shows the bucket to you, "There are red apples in here. If you can grab one without using your hands, feet or tail, I'll give you a prize. Only one token, what do you say?"
play applebucket
Type @YES or @NO to respond to this question.
> You opt not to try. Spoil sport.
@no
exa basket
A tightly woven lidded basket made of dried rushes. The lid is set slightly off revealing something shiny within it. As you take a closer look inside the basket you notice a small black snake with glowing amber eyes which appears to be heavily agitated. Several shiny tokens can be spotted at the bottom of the basket.
> > You move from an expanse of Piazza di Gioco to the west to the cool, damp ground.
pet snake
> You pet a small black snake.
This post was modified 2 weeks ago by Margrat_Maclean
ReplyQuote

Thalia
(@thalia)
Eminent Member
Joined: 3 months ago
Posts: 31
03/06/2020 8:28 am
Orla gasps.
> Orla climbs down from a broad-shouldered pitch black friesian horse
Orla leaves through a door leading northwest.
Orla arrives through a door leading northwest.
OOC -- Orla says, "<.< pretend that took longer"
Petite in height and elegantly-shaped in build, Orla Couture is a young woman of olive complexion with a head of hip-length luminous pitch-black hair, worn in a french twist. She is carrying a stocky blue roan cow, a small brown and white cow
Orla wonders, "Any other animals?"
Orla realizes also, "I didn't think this through..."
> Orla peeks at a broad-shouldered pitch black friesian horse.
Margrat_Maclean liked
ReplyQuote

I'm awaiting the flood of posts from Margrat's logs from last night lol.

And gave the boar a couple whacks.

On high, the rain began to pour.

Lord Trevyn, too, was wounded sore.

While Margrat with a towel did blot

As did Diego; what a treat!

Gen after cared for Trevyn's hurts,

But then Diego got the squirts!

Soiled Margrat's blanket with his bowels.

We wondered, what could this explain?

Then Margrat gave a cry of pain!

It was the bacon, we all saw;

Cooked partway through (it was half raw).

Diego in his ordure lies;

For bacon does apologize.

Then campfire dies, and ground does flood;

A mess of barf and crap and mud.

Our heroes make a try for town.

At least Diego's pants were brown.

They make it back, and all survive,

They stable horse, who's smeared with *yuck*.

(Tomorrow they will clean that muck).

To hospital they come at last,

But all their trials are not yet past.

Margrat to chamber pot does rush,

And then her bloomers fill with... Slush.

Ava, in sympathy, does cry.

And all do rest (but none in peace!)

Diego's boar hunts all are past.

The moral hear, for it is big;

This post was modified 4 days ago by Margrat_Maclean
Ava, Topsy and Kjell liked
ReplyQuote 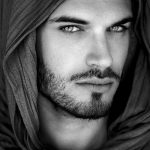