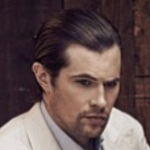 Leader of the entire Italian state, highest in the Chain of Command.

Queen Regent in the event of His Majesty’s demise, monarch of the entire Italian State.

Heirs to the Throne: His Highness Prince Jacoba di Ricchezza

Heir apparent to the throne of Italy.

Second in line to the throne in the event of His Highness’ demise.

Direct advisor to His Majesty, responsible for all day-to-day affairs within the city of Rinascita and beyond. Second only to His Majesty in most areas.

Direct advisor to Archduke Fortini, retainer for His Majesty and the Archduke, second in Command to the Archduke and acts in his stead in his absence.

Leader of the Royal Guard and Royal Army, reporting to Archduke Alonzo and His Majesty as part of the Council of Army Affairs. Key in establishing and exercising military responses in and around the Italian state as well as the organization of the Royal Guard wherever the Royal Family is in residence.

The Diplomatic Consulate of Italy

Advisor to the Consulate and Liaison between the King and Consulate.

The Diplomatic Consulate of England

The Diplomatic Consulate of France

Advisor to the Consulate and Liaison between the King of France and Consulate of France in Italy.

The Diplomatic Consulate of Germany

The Diplomatic Consulate of Scotland

The Diplomatic Consulate of Spain

Primary advisor and assistant to His Holiness Pope Benedict. Directly advises the primary liaison of the Catholic Church in Rinascita.

Lead advisor of the City Guard forces throughout Italy, reporting directly to Archduke Fortini and His Majesty as part of the Council of Constable Affairs. Key in establishing laws, overseeing High Crime trials and exercising just and legal punishments according to His Majesty's laws and wishes.

As an out-of-character reminder, the characters listed above in the chain of command are available to you as points of contact if you've exhausted all of the other in-character options below them in respect to the VP groups, i.e. the six consulates, the Catholic Church, the City Guard, and the University of Rinascita. We request as staff that you follow the hierarchy outlined above in the chain of command, but always remember that you have options above the respective elected leaders if you're running into any issues. You're also welcome to @assist with any questions or concerns.