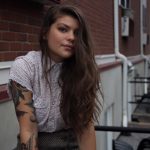 I don't know about the rest of you, but I've spent a lot of time, mental effort, and, honestly, money, to create my little text-based paper doll characters. We've been through it all together. Marriage, births of children, divorce, love, losses, hate, rain, shine, a global pandemic, wars, the death of Bin Laden, life, death, the end of their origin game, the creation and adaptation of a whole ass new game world, all of the thingssss.

Through it all, my little people have been my escape from a world that we all know can be outright ugly. As such, I am sure you can imagine that I've put a lot of thought and time into their details as they've progressed and metamorphosed over the years into who they are now.

This new game world has so much potential to create, (or recreate, if you so choose) your characters into something new, to adapt to the world they live in. I struggled, at first, I will be the first to admit, but, I am SO glad that I've stuck it out. As such, my little D has become so much more than she ever could have been in ICo. A healer, gardener, nurturer, provider of handmade foods from scratch (literally, milk > cheese & grain > flour > doughs > pasta, breads, pastries, etc.) to the masses, willing and unwilling alike, huntress, Romani omnist, (Shh. We find that out IC through play), a friend to those who I wouldn't have thought, land owner, single parent who picked herself back up by her bootstraps and became all of these things because of it... Woo! She's a lot. Coming from a character that I never used to play, because she was inundated with clothing orders, and had little to no RP because of it, I am very glad that I've stuck it out in order for her to become who she is now.

Anyhoo! I've rambled, and blabbed. The gist is, share your inspirational art shit!

Show us your pretties, and how the game has inspired you, or even your old versions of your chars that have been a part of AoE. Share your sceneries, your landscapes, your snapshot images of a day in the life here. Give us your brain-juice images!!!

Here's D before I mess her up with watercolor <3