Margrat_Maclean
(@margrat_maclean)
Estimable Member
Joined: 3 years ago
Posts: 150
20/06/2020 12:07 am
> Persephone unbandages Thalia's bandaged left armpit.
> Persephone begins to diagnose Thalia.
> Persephone finishes diagnosing Thalia.
> Persephone pauses, "Oh."
> Thalia tilts her head at Persephone's words now, "...Oh?"
> Persephone glimpses to Thalia's face, "So don't hate me... But..."
> Thalia fears Persephone low-key.
> Thalia whines at Persephone instantly, "No!"
> Thalia scampers from Persephone backward.
> Persephone rummages in her healers bag, "Thalia Solandis, you sit down right now. Your armpit is infected."
> You glance startledly at Thalia.
> Dame Ava widens her sharp deep blue eyes owlishly, "...oh no, you don't need to use the bugs do..."
> Dame Ava trails her words.
> Thalia pushes herself over a beech bed, "Nope! Let me die!"
> Persephone stares hard at Thalia.
> You sigh at Thalia.
> Dame Ava pales her face somewhat, "...Oh goodness."
> You ask Persephone, "Dae ye need Ava an' me tae hold her doon?"
> Thalia stands up behind a beech bed.
> Persephone guilts Thalia shamelessly, "Thalia. I've had a bad week. Can we just do this?"
> Thalia moves from a beech bed to Persephone.
> Thalia pauses herself at Persephone's words barely.
> Dame Ava attemptingly comforts Thalia, "It probably wont...um...take that long?"
> Dame Ava furrows her forehead sympathetically.
> A large thickset woman hands a jar of maggots to Persephone.
> Thalia glimpses between Persephone, you and Dame Ava.
> Dame Ava murmurs to Thalia apologetically, "You poor thing."
> Thalia whines at Dame Ava low-key.
> Persephone takes a surgical thread and a stitching needle from her healers bag.
> Dame Ava moves from a large set of double doors leading west to Thalia.
Thalia gasps at Persephone's surgical thread, "Noooooo."
> Dame Ava sinks her heart to Thalia entirely, "I don't think there is another way Miss Thalia."
> Persephone notes too to Thalia, "And I'll definitely have Margrat hold you down."
> You say soothingly to Thalia, "Joost dinna look at th' things, aye? Pretend tha' they arena e'en there. Pretend tha' it joost be sweet, spring caterpillars, playin' on ye, wha' makes th' crawlin', aye?"
> Thalia flicks her warmhearted gaze to you.
> Thalia gags at your words almost.
> Dame Ava shushes at Thalia soft-spokenly, "Just try not to look. It will be worse if you look."
> OOC -- Persephone says, "Omg I laughed so hard"
> OOC -- Thalia says, "Omg. I cant"
> OOC -- Persephone says, "XD Spring caterpillars. I can't lmao"
@ooc "Margrat tries so hard to be helpful XD
> OOC -- Thalia says, "Hold on. I really can't breath"
> OOC -- Persephone will be away from her keyboard, "I have to pee now"
> OOC -- You say, "Lol"
@ooc "Lol
> Dame Ava thinks that is marginally better than maggots.
ReplyQuote

Levison wraps his arms around you uninvitedly.
You widen your round pale blue eyes owlishly.
You stare at Persephone alarmedly.
Levison lifts you onto his right shoulder, "You are adopted."
You meep followingly.
Persephone smirks at Levison's words helplessly.
Persephone laments to you, "I might be jealous."

Levison readjusts you relaxedly, "You are making this far more difficult than need-be."
Persephone notes to Levison, "You could ti her up and put her in the wagon."
pause briefl
You pause briefly.
You snort at Levison, "Did you expec-"
You flatten your round pale blue eyes at Persephone.
Levison glimpses at Persephone, "We could."
Persephone bats her eyelashes at you.

I died at these <.< And all the pieces in between and after

Levison nods to the Piazza Vecchia fountain, "You there are a mystery book, yes."

You doubt Levison, "I think I am pretty open?"

You suggest to Levison instead, "Romance or adventure? Intrigue ?"

Levison lists to you kindly, "I do not understand romance. I do not want to adventure your body and nor am I intruiged by you."

You stare at Levison flatly.

You dust your cheeks rosily, "I wont be offended by any of that

You doubt your words

Lord Trevyn grins at Levison, "I do hope that was not intended as insult...but as a high compliment."

Lord Trevyn says, "A compliment to her fidelity and your respect thereof...."

Lord Trevyn grins at Levison, "Otherwise, you just told her that she is unattractive, uninteresting, and simply just troulesome."

Thalia
(@thalia)
Estimable Member
Joined: 2 years ago
Posts: 137
09/07/2020 2:01 pm
Lord Trevyn grins at you, "You could be a plant after."
You allow Levison to prowl Thalia.
Levison moves from an expanse of Piazza Vecchia to the north to Thalia.
Levison prowls ever-so-slowly toward you, "Yes. I will use your own tears to stop the bleeding. As you said, she would be sad without you so I will simply have to keep you alive and skinned."
You track Levison with your warmhearted gaze, "I am going to do something completely wretched to you...."

Levison pausingly glimpses at Lord Trevyn, "A plant? Hm. I believe with her body shape she is more likely to look like a peanut."
You assure Lord Trevyn also, "I'm not leafy enough!"
Lord Trevyn laughs richly at Levison's words.
You lower your warmhearted gaze to your average curvaceous body concernedly, "I look like a peanut?"

Levison agrees with you, "You do."

Lord Trevyn says, "Perhaps a peanut hull..."
Levison points to your chest and your thighs particularly, "Those are clearly the shapes of a peanut."
You cock your head uncertainly, "....Is....looking like a pean-"
Lord Trevyn moves his large, strong hands demonstratively, "Like this..."
You lower your warmhearted gaze to your decolletage.
You glance between Lord Trevyn and Levison back-and-forth, "....Thank you?"

Levison admits to Lord Trevyn, "I am speaking about the overall look. She does not quite match what some call 'hourglass'. She is smaller than intended for such however."
Lord Trevyn nods to Levison, "true, but the curves are still undeniable."
Lord Trevyn says, "She is more like a small peanut."

Lord Trevyn assures Levison, "if not for the cookies, she would be hourglass..."
Levison fully agrees with Lord Trevyn.
You confuse yourself with the Piazza Vecchia fountain generally, "Wait....is hourglass bigger or smaller?"
Lord Trevyn tells you, "you have smaller bosom and smaller hips and rear...but are slightly bigger in the middle."
Lord Trevyn says, "Not much though...the classic hourglass is larger bosomed and wide hipped while being tiny waisted."
Levison lightly pokes your right side with a knife handle, "Hourglass is bigger-..yes. What he said."
You raise your light right eyebrow ever-so-slowly, ".....Bigger middle?"
You tinge your voice just-so.
Levison circularly defers to your stomach, "Yes. You see you have this 'cookie jar' here which allows you to instead be a peanut."
You stare at Levison flatly, ".....Did....you just...."

Levison sagely expresses to you, "This is why we insist you eat more meat."You drag your warmhearted gaze to your stomach, "To...get rid of my cookie jar?"

Levison confirms your words, "Indeed."
Lord Trevyn chuckles helplessly.
Lord Trevyn grins at you, "There is nothing wrong with your appearance, it is, overall, just right for you."
Lord Trevyn says, "Peanut."
You raise your chin primly, "Whatever. I'm a totally lovely shape to make babies!"
You twitch your soft pink rosebud lips barely.

Lord Trevyn says, "You are now dubbed Peanut from hence forth, by decree of a German Baron." 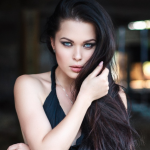 Your bandaged left wrist has been bandaged with Maena.