So in my other game we had this thread to give small little feedback to scenes but mostly as a opportunity to give shoutouts to player/characters who made a scene particularly nifty.  So I thought I'd start it up over here.  Please feel free to leave some love for people when you have a super 'good'  rp experience.

First - A super big shout out to Samir and Allora.  Not only was that spar particularly fun to watch but I loved the sass and the banter.  All hail the Queen and the Princess.

Another shout out to Kilana, Steve, Marcos, Chione, Orla and Sephy for keeping me laughing in the before and after of it.  I legit couldn't breathe for a couple minutes there.

And a tiny shout out to staff that has nothing to do with the scene but just because I think the church bells are super neat <.<

Kudos to Orla, Thalia, and Seph for the dinner the other night. I haven't laughed that hard in a long time.

A separate shout out to Ava. Her innocent shtick is always entertaining, and it's nice to have someone who's always so upbeat around.

Kudos to Chione, Margrat, Diego, Sephy, Orla, Aldur and Tara for that little not only fun today in the seamstress shop but also the little flashes of drama.  Between the balancing act of the disagreements, playfully teasing and excitement of the quick little mystery it was a super good bit of time.  A special nod to Margrat for trying to valiantly to stick my little ball of sass tonight and the super good rp of it :-p  It was super on character.

Kudos to Ava for patiently enduring block after block of text with long pauses in between as Margrat told a very (even for her!) long-winded story! And for keeping the responding comments coming all the while. And for gamely keeping the conversation going, as Margrat elaborated her opinions with great verbacity. It was lots of fun (and typing!) to regale and converse with you! Great rp. You kept it from turning into a Margrat monologue, lol! And that was Margrat's short version of the story, supposedly! XD

Kudos for Thalia for rping such an infuriatingly polite little devil's advocate of a character! You do an amazing job of playing her! And for the fun of having to hunt for you all through town, and then have you come back into the shop but not hold a grudge. And Kudos to Orla for the fun and humor of Margrat's "assignment"!

Also Kudos to Sephy, Orla, Thalia and Tara for some very well rped drama and disagreement in the shop. And kudos to Diego and Aldur for the really fun conversation about hunting, and for the fun of getting to watch you guys do business! And kudos to Isabelle for a short bit of good debating rp with Thalia and Margrat by the fountain!

I had more fun playing AoE today than I have for quite a while, because it was just such a happenin' time, with lost of positive rp, with a little drama to spice things up! Thank you all for the fun time! 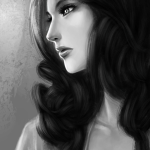 I'm too lazy to list everything each of you did, but I thoroughly enjoy your rp! Alonzo, Jean, Sephy, Thalia, Margrat, Chione, Tara and maybe more that I forgot about this week. It was all fun and I love all rp even the tense ones.

That dinner though was the best! Alonzo is always so much fun to rp with so I enjoy all scenes when we get to spend more time around him. I also love when Margrat comes to the shop. They don't always agree, but it's fun having her there and her accent is beyond cute when it's not on paper.

Also, Diego cracked me up when he asked Orla if she leaves the shop now. Okay I'm done randomly remembering scenes that made me laugh. Toodles! 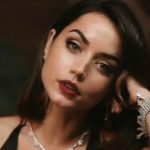 Kudos to everyone! There has been drama, tension, and excitement over the last few months and I just want to take a second to say... Yay you guys. The RP has been rich and meaningful.

Special nod to the Germans and Protestant characters! I know things are tense and sometimes, that's hard to roleplay and enjoy but I think you guys are rockstars.

We have a really awesome opportunity and this is a great way to keep positivity up!

A special kudos to the people that RP the religious divide. It's not easy to play a character like that, none of us are really the types of people to be hateful about someone else's religion IRL and I know that for a fact, so the challenge of playing those characters to type is something worth noting.

Thanks to Margrat, Isabelle, Charisma, Arafel, Toddia, Dieter, Trevyn, Thalia, Tara, Matteo, Gus and of course Arlo <3. You guys always give me fun loving RP to escape with and that's something I seriously need in times when RL isn't so nice. I always get excited when I see any of you on the who list! <3 the rest of you as well, even if we aren't great friend ICly I don't think there is a bad role player in this entire game and I sincerely mean that.

Because you all give me such lovely RP almost every day -

Special thanks Jean and Orla today in the shop.  You guys as always had me alternating between thinking and cracking up.  I love the sass, especially when you two get together

Lacey, Diego, Tara, Margrat, Draz, Faust and Trevyn -  Loved all the scenes together today. Super fun and especially good rp as always! I especially liked the courtesy scrolls. They had me giggling

I hate posting over myself but recognition where it is due -

To the smaller scenes that were still super fun yesterday - Diego, Gen, Savion, Orla, Sephy, Ysadora - All the love <3

To Salvatore - You almost constantly have me laughing.  I'm stilling giggling at 'might be paranoid'

To Margrat, Toddia and Ava - I completely loved tea time.  It was light and cute and adorable.  Awesome job hosting to Ava.  I'm sorry I couldn't be more focused but I look forward to next weeks.

And a special thank you to Alonzo - You were engaging and skillful as I normally find you to rp with but I especially love getting little pieces of your char that slip out when you talk to him.  It makes him seem all the more real and three dimensional.  Thank you so much for your play last night.  I loved it.  Even the not so good parts!  <3 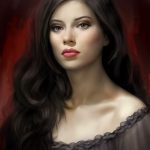 A belated thank you and kudos to Diego, Margrat and Thalia! The Courtesy event was so much fun with all three of you and I really appreciate how engaged you were with the social despite it only being us. It honestly does encourage me to do more events that aren't necessarily craft and party related, so I'm eager to cook up new ideas for the next. Thanks again for the fun!

Special kudos to Thalia for the brainstorming we did weeks before the event. It did help me a little when I was mulling over how I wanted to present the event. You always have great advice and rp, I'm sure I speak for many when I say we're glad you decided to pop into our game. 🙂

Belated Kudos to Diego and Trevyn for all of the horsey fun! And to everyone else who joined in on the horse scenes; Genvieve, Duke Salazar, Ava, Thalia, and many others. Super fun rp!

And kudos to Diego for cracking me up with all of the pee jokes, and to Thalia, for being game to continuously rp the funny grossed out reactions!

And another kudos to Thalia for the quick heart-to-heart she had with Margrat.

Kudos to Ava for some great girl talk with Margrat as she gave Margrat her free Monday mullet. And a huge Kudos for hosting such a delightful tea party!

A huge Kudos also to Trevyn for last night's awesome rp! I absolutely loved how you put so many realistic details into the bluebooked adventure! (Shhhh... It's a secret!) ; )

I'm sure I left out lots of names, but let's face it; you guys are all awesome! =D

A huge Kudos to Thalia for a very serious but very excellent, long rp scene between Thalia and Margrat! The way you kept Thalia calm throughout is really admirable! You are an extremely talented roleplayer!

A big Kudos also to Ava, for the super fun, funny and exciting rp scene we had with Ava and Margrat at oh-gosh-why in the morning! I love how Ava always cracks me up! She is so much fun to be around!

Kudos to you too Margrat! I wasn't expecting to get any RP at that hour but that was super fun! I was kinda glad my insomnia wouldn't let me sleep that night lol.  ❤️